Would You Like to Run or Program a Burroughs 205?
Paul Kimpel's B205 Emulator is now linked on the gray menu bar above

Looking for more detail?  Check the links on the gray bar above.

Burroughs recommended an area of about twenty by forty feet for a computer room.  This gave plenty of space to spread out the several refrigerator-sized cabinets that made up a computer in the 1960s.

The U of P computer room was pretty typical of mainframe installations at the time.  The computer stood atop a four-inch thick raised floor.  The floor served two purposes.  First, it provided room to run the thick cables that interconnected the computer and its peripheral devices such as the IBM 407 accounting machine that served as a printer.  Second, it served to allow the movement of cool air from the air-conditioning system into the bottoms of all the cabinets that were filled with heat-producing vacuum tubes. 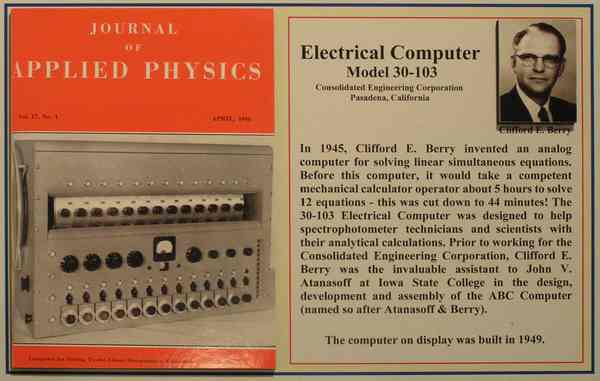 Datatron Breadboard as it appeared in the 1952 CEC Annual Report 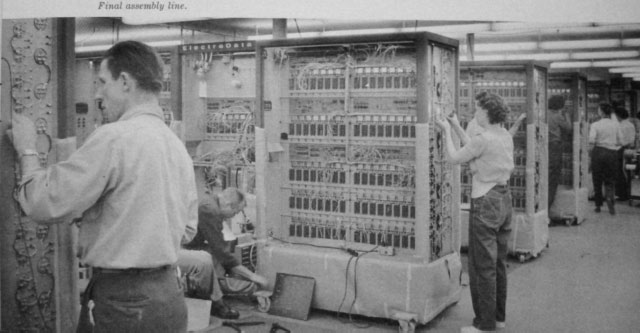